Koushik "Clockwork" Dutta is a retired Halo esports player, previously a player for MVP's Unite. He is well known for his time with teams such as Shoot to Kill. Since retiring, he has become a successful software developer.

Clockwork's first major Halo event was AGP 1, which he attended as a member of Psycho Soldiers alongside Corrosion, DragonSpear and Luk. They finished in 2nd place, earning a $1,000 check. Clockwork and Psycho Soldiers returned at AGP 2, where they placed a less impressive top 8, but Clockwork finished 2nd in the FFA event, losing only to 2002 Halo National Champion Darkman. This earned him a spot on team LoRdZ along Eternal, Pray4U and Wisdom for the Halo50k. LoRdZ finished 4th at the event, and Clockwork finished top 16 in the FFA. Clockwork then attended Halo50k2 as a member of Ogres Practice Noobs, finishing 3rd in the 4v4 and 2nd in the 2v2 with Shizz. At AGP 3, he found himself on Shoot to Kill alongside Ogre1, Ogre2 and Strangepurple. With this team, Clockwork earned his first event victory and a $4,000 team prize, and placed top 4 in the FFA as well. The StK roster returned at MLG Philadelphia 2004, where they again finished 1st. At the MLG Dallas 3v3 event, Clockwork found himself as the odd man out of StK, and instead played on team MP with Deeter and Saiyan, finishing top 4. Clockwork and Saiyan then joined up with Darkman and Alex on The Dream Team for AGP 4. They won the 4v4 event, defeating Amazing Pickles in the finals.

At MLG Chicago, Clockwork played on Dug's Buddies with JMB, NistiC and Toxin, finishing 3rd. He then found himself back on Shoot to Kill for MLG Atlanta alongside the Ogres and Saiyan, where he placed 2nd in both the 4v4 and 2v2 competitions. His second tenure with StK lasted only one event, and for MLG Seattle he and Saiyan formed FU Gintron with Scythe and Toxin. They placed 4th at the event. Clockwork then took a midseason hiatus, returning at MLG Los Angeles on team MVP's Unite with Darkman, Mighty and Zyos. They finished 2nd, losing to Business Decision in the finals. Clockwork retired after this event. 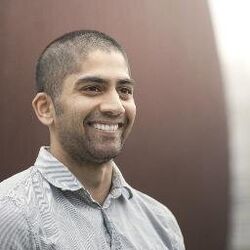 Dutta pictured after his retirement from Halo.